Esportsplus
Home Esports When can we expect the first Valorant tournament? 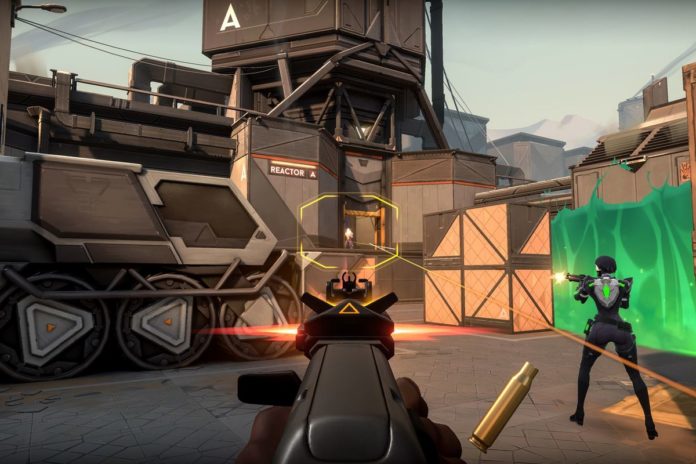 Valorant is the big thing that comes from the makers of the League of Legends, Riot Games. It's not their first, second, or even third game this year, but one of the four new titles they'll be releasing this year. Valorant in particular is a game very similar to Counter-Strike. Two teams plant the bomb and another defuses it. No wonder it is a CSGO killer. However, this is a big claim. To make a competitive esports game you need a lot more than just a CSGO clone. The game must captivate and appeal to the viewer and not just the player. Every eSports championship is a way to present the best players of all, which also requires the best delivery. The game itself should convey an "easy to learn, difficult to master" mood. If mastering is too easy and the skill cap is low, the audience will be less interested in watching the tournament.

It is easy to notice that Tencent and Riot Games are trying to expand in densely populated countries. They are based in China, but Riot has also started expanding in India, and strong evidence of the creation of dedicated Indian servers has been dropped. Riot Games is already very popular across the country, with players even creating change.org petitions to create dedicated Indian servers . In fact, Valorant is so expected in India that online bets are already being placed on several eSports betting websites. Some of them even offer casino bonuses for Indian players which are great considering the popularity of the service.

However, let's go back to Valorant, where we need to discuss some issues before we can answer the main question in the title. Can Valorant be a good esports game? Can it think of a candle as an established and one of the oldest esports games – Counter-Strike?

This is one of the simplest parts of Valorant. One team tries to plant a bomb, the other tries to prevent the plant or to recapture and defuse the location. Gunplay is exciting enough, or so it seems from the closed beta, and the graphics look absolutely stunning. We do not believe Valorant will have problems in this regard. It remains to be seen what dynamics the game will have when it is actually released and Riot will start patching it out. It's worth noting that League of Legends, Teamfight Tactics, Legends of Runterra and Valorant are patched the same way by active developers, and gameplay strategies change after each patch. Hopefully Valorant's future will also be dynamic and engaging.

If we want to discuss the future of Valorant, it is important to understand the company that makes it. Tencent and Riot games were an important part of eSports. League of Legends had the highest prize pool and most viewers on live streaming platforms year after year. From this perspective, it is not surprising that Valorant will have a tournament and very soon. Because the gameplay is already old and tried and the company is not new to the eSports scene.

As already mentioned in a PC game version of a cookie cutter gameplay, it is not difficult to imagine that the tournaments will start very soon. Due to the success of the closed beta game, it is very possible to have a small encouraging tournament even after the game's official release, if not during the open beta phase.

How can the tournament be structured? [19659013] We believe there can be two ways the championships can go:

It is important to note that Valorant's anti-cheat system raises many questions due to its elevated privilege status. It is an anti-cheat system that is implemented in the game and executed in the kernel. This means that it will start as soon as you press the on / off switch. Vgk.sys is the name of the process that is responsible for this anti-cheat system. It is only natural that many players have great doubts about such an intrusive type of protection. It has more permissions than the administrator account. Some users have also reported that deleting the game does not necessarily delete the anti-cheat program. The only way to remove it is to manually uninstall it, add or remove a program from the control panel.

Due to all setbacks, Riot Games granted users the right to disable the controversial kernel-level anti-cheat system .

Valorant seems to have a lot of potential for a good eSport game. With the development and management of Riot Games, it seems even more likely that the game will gain importance among the eSports crowd. Even more in India if the country receives dedicated servers. Tencent and Riot Games were very compliant with the community, which quickly stayed connected via Twitter about problems with the anti-cheat system, responded in the most rational way and enabled users to deactivate the system on their computers.

Tournaments should be expected as soon as the game hits open beta. With Riot it is absolutely possible to even organize a tournament on the first day as the opening of the season with the best players of the closed beta.

This article comes from the Esports News, Betting Tips and Evaluation website EsportsJunkie.com, you can find the original article at When can we expect the first Valorant tournament?

PS5 Review: A brilliant machine which feels both futuristic and familiar

⁠kNgV-: "No deadline to find an organisation; we are in this until the end"