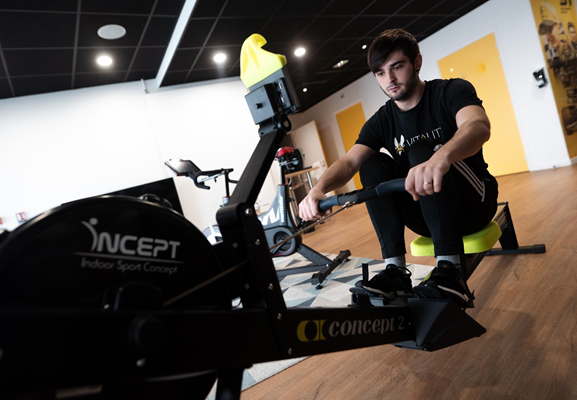 As a result of the partnership, Incept will equip the Team Vitality performance center in France with its fitness equipment. In addition, the health and fitness company has been named the organization's official equipment supplier.

Some of the devices will be integrated into Team Vitality's performance center are Wattbikes, CONCEPT2 gear – RowErg, BikeErg and SkiErg – as well as additional fitness equipment.

According to the press release, the teams from Team Vitality Rocket League, CS: GO and Fortnite will be some of the main beneficiaries of the new partnership. This is particularly beneficial for the Fortnite team, whose members are based in the Stade de France.

In total, the equipment will be available to over 40 professional players within the organization. The partnership continues to support Team Vitality's ethos of helping players maintain their physical and mental wellbeing and achieve tangible success.

Incept joins Team Vitality's growing list of commercial partners. These include Orange adidas Corsair and Afflelou to name just a few. Last week, Team Vitality also reached an agreement with Aldi France in which the retail franchise entered the esports sector for the first time.

In addition to the CS: GO, Fortnite and Rocket League teams, the French organization is also represented in League of Legends, FIFA and Rainbow Six Siege .

Esports Insider Says: Team Vitality's partnership with Incept continues to underscore the growing importance of health, wellbeing and fitness in the esports ecosystem. With every new partnership that blends fitness and gaming, the stigma that esports is an unhealthy practice continues to erode.

Listen to ESI Network, a series of esports podcasts.

How to counter the strategy of "Feeding Diggie", according to the analyst at Bigetron...