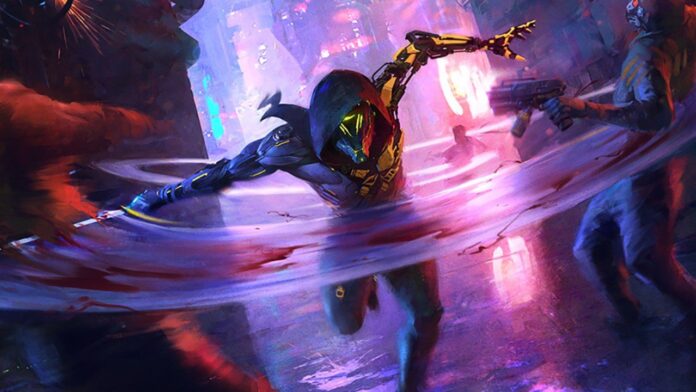 Be a literal runner of blades.

It seems the cyberpunk genre has seen something of a resurgence in the indie game scene lately, no doubt spurred on by CDProjektRed’s anticipated tentpole release which now appears set to launch somewhere in the actual year 2077 (only kidding, of course! It’s sure to be here by at least 2055). Ghostrunner is the latest in this hi-tech, low-life lineage, promising to place you in the shoes of a badass cyborg ninja as he slices and dices his way through hordes of baddies with style and aplomb. However, though Ghostrunner does deliver mostly on that promise, it comes with some big caveats (especially in the Switch version) which unfortunately hold it back from being something truly great.

Ghostrunner’s story is rather straightforward, which can be a positive or a negative depending on how you look at it. You play as the titular Ghostrunner, a cybernetic ninja who has conveniently misplaced his memory, trapped at the base of an industrial tower which supposedly acts as the living quarters for the last surviving members of the human race. At the apex of this Tower of Babel is the enigmatic Mara, an evil ruler who needs to be deposed because she’s an evil ruler, and you’re guided on your murderous journey to the top by voices in your head who swear they’re on your side.

TSM PowerOfEvil talks about how to find the team's identity and what it needs...

Bugha CHANGES to NEW EDITING STYLE to OUTPLAY EVERYONE in his WAY!

Smite gets an avatar: The Last Airbender Crossover

MAD Lions bully mousesports out of ESL One Cologne