Esportsplus
Home Esports Ranking of all agents and skills in Valorant 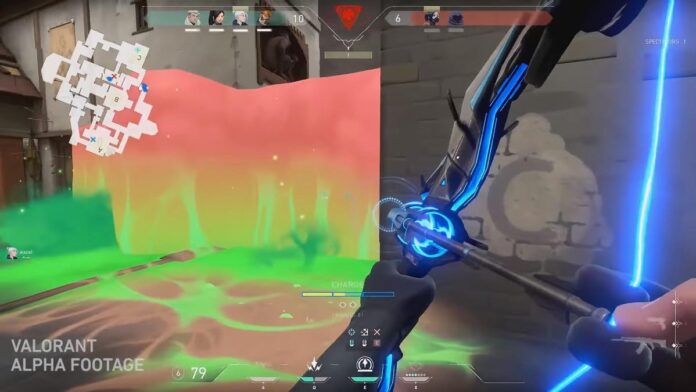 Valorant is Riot's answer to the success of competitive shooters like Counter-Strike: Global Offensive, Overwatch and Rainbow Six Siege. Valorant, like many other games in this genre, features a range of characters known as agents, each with their own powers.

Agents are not all created equal. To see the details of the meta, all you need to do is watch a few hours of a Valorant competitive tournament. There are doable agents, pleasant agents, and agents who are a bit useless. This guide is based on a number of websites that track each agent's selection and win rate. Based on patch 2.09, here is our ranking, from worst to greatest. * Gatecrash – A teleport that can be used at any time.
* Fakeout – Throws an echo that imitates footsteps in order to deceive opponents.
* Dimensional Drift – A mask that makes Yoru invisible for a short time. In the competitive valorant, Yoru has a very low pick rate. Yoru is a newcomer to the game that wasn't released until January 2021, so it is possible for players to still learn the basics. This idea is supported by the low win rate. It is more likely, however, that its movement and lightning powers are not as strong as those of Omen and Phoenix.

Neither Omen nor Phoenix have a particularly high pick rate, which reveals a lot about Valorant's current meta. Its ultimate, dimensional drift, is by far its most practical ability. This allows you to briefly merge into the background and reposition or flank enemies. Yoru has its usefulness, but for this solo queue grind there are better options.

* Trailblazer – Starts a small creature capable of attack and stun players.
* Guide light – when activated, a falcon appears that can be controlled with your crosshair and flashes the players.
* Regrowth – Heals players in range and in direct line of sight, but not themselves.
* Seeker – This conjures a trinket that tracks three of your closest enemies.
Skye has a low pick rate but a good win rate because she is primarily a passive agent who works best when used on a five-player stack. Your skills tend to take you out of combat for a short time, just long enough to be picked up by an aggressive opponent. It is not really recommended for solo queue games.

It serves a purpose. Your healing is fantastic for the team, and the aimed lightning bolt can be extremely valuable in pushing a site. Skye, on the other hand, is more likely to be found in high-level competitive games than in unrated games or in the solo queue grind

The Capabilities of Breach
* Flashpoint – A blinding charge that can penetrate solid objects. All players looking at it, including your teammates, are blinded.
* Fault Line – An earthquake that can be charged and directed in a certain direction. This in turn affects all actors.
* Aftershock – An explosion that can penetrate walls. * Rolling Thunder – Breach Ultimate Skill is hands down one of the best control skills in the game, but it can blow up your teammates if you use it on them. To get it right, you need some expertise.

Breach's selection rate is even lower than Yoru's. You have to be a pretty confident Breach player if you don't want to toss your teammates in the air with the ultimate Rolling Thunder Ultimate due to the intricate equipment and skills that can do more harm than good to your allies, let's not argue that Breach is not an effective agent. When used correctly, his abilities can be quite powerful, but they require a level of cooperation and communication not found in an unrated game with a bunch of strangers.

The Powers of Omen

* A teleport is Shrouded Step. Out of the Shadows – A tactical map overlay allows you to teleport to anywhere on the map. Over the course of Valorant's first year, Omen got pretty nerfed. It used to be a far better option than it is now, with one of the lowest win rates in the game. Omen's movement and teleportation powers, on the other hand, are great fun, so it's not a bad choice for a beginner. While teleporting behind a blinded enemy may seem like a top notch move if you keep dying, it is most likely because you are too predictable. The majority of skilled players are well aware of the types of moves Omen will make. As a result, new players will pick up omen (as he's entertaining) only to die. Quite a lot.

* Cyber ​​Cage – Provides a limited region that hinders visibility and slows down enemies; * Spycam – Provides a camera that can be viewed by reactivating the ability.
* Neural Theft – Use on a dead player to briefly reveal all other living players. Cypher was originally one of Valorant's most popular agents and his scouting talents made him a fantastic pickup truck for beginners. Its tripwires and cameras can be extremely useful when you are unsure how each map works or where opponents might be. As a result, both his win rate and his pick rate have decreased. Riot isn't known to keep agents in such a sad state for long, so keep an eye on future patch notes for more changes to his gear. Right now, Cypher is a safe choice for beginners, but once you've had the chance to unlock various agents, you may want to go elsewhere.

Reyna's Talents [19659002] * Devour – For a limited one Time you can heal dead enemies. This is a quick cure that can literally save life in some cases.
* Dismissed – Reyna is gone with a bang. Picking up a soul ball (dropped by a slain enemy) allows you to disappear from view for a short time.
* Empty – A creepy eye that makes enemies myopic and envelops them in a purple cloud of mist so they cannot see you. Empress – A rage that speeds up firing and reloading. Killing an enemy increases the duration of the game.

Reyna is difficult to put on a ranking. Despite the fact that her kit has been severely weakened by a number of nerfs, she is still one of the most popular agents in the game even though her win rate is in the lower half. What is the reason for that? After all, they are great fun to play.

Devour is one of the most powerful skills in the game. It enables any skilled player to instantly heal killed enemies. Dismiss turns you into a smoky ghost for a limited time, while Leer allows you to push up and get up close and personal. A capable Reyna can show up and go in the blink of an eye and shoot all the time. It was much fun. Reyna is the type of agent chosen by confident gamblers who believe they can storm through lobbies, although her low win rate implies that it doesn't always do so.
Phoenix

The Abilities of Phoenix

* Curveball – A lightning bolt that curves around corners and walls to the left.
* Hot hands – when a fireball lands, it inflicts area damage.
* Blaze – Creates a flaming wall that prevents players from seeing and inflicts damage.
* Run It Return – Allows Phoenix to place a marker on the ground that you teleport back to when you die in full health. Phoenix is ​​one of Valorant's most entertaining agents. Its lightning bolts are powerful, its walls can manipulate lines of sight, and its ultimate "Run It Back" basically gives you multiple ways to storm around the corner and get a few kills for your squad. Because of his Molotov, he also has some self-healing powers. Despite its skills, Phoenix still has a low win rate compared to the other agents in the game. This is most likely because he is an aggressive agent who has a tough time in the defense rounds. When are you moving? Do you ever use the ultimate when playing defense? A good phoenix can still help in defense, but it's more difficult.

Sova's talents
* Shock Bolt – A bow that fires a shock bolt, and * Recon Bolt – A bow that fires a reconnaissance bolt that reveals enemies in a small area.
* Owl Drone – A flying drone that can use an arrow to mark a player. * Hunter’s Fury – This arc contains three enormous explosions that can penetrate barriers and reveal them for a short time. It deals damage and at the same time reveals enemies within a certain region.
Sova is by far the best scout agent in the game, but it's difficult to get the most out of his skills. Practicing and scheduling the lessons to remember the correct areas will help him remember the angles he needs to get his reconnaissance arrows straight each time.
Sova is not higher on this list because of this learning problem. You will often see him in competitive play, but he can be intimidating to play with at first. Much of this information is meaningless when playing games with a single queue, especially if your teammates ignore your advice.

* Poison Cloud – Poison Cloud makes it possible You to hold down an area for the duration of the round. There is a fuel gauge at the bottom of the screen. It is important to understand when the poison cloud is used.
* Poisonous Screen – Like the poison cloud, activates a long line of gas emitters. There is also a fuel limit.
* Snakebite – Inserts a poison canister that lasts a long time and does damage.
* Viper’s Pit – Covers an area in a poison cloud that affects everyone's vision and health. It is ideal for stumbling over a bomb site.
Sabine, commonly known as Viper, is a snake.

This article was obtained from Esports News, Betting Tips & Reviews, EsportsJunkie.com. The original article can be found under Ranking of all agents and skills in Valorant [19659042]

Tfue Challenged by Old Teammate to 2v2 then this happened…