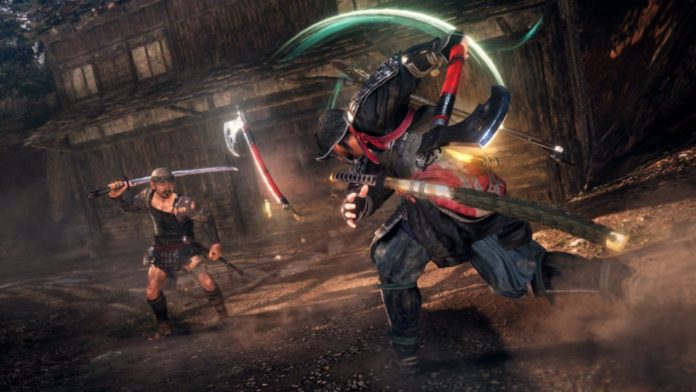 The Nioh series has provided a Sekiro sandwich for those looking for something a tad different from a typical FromSoftware experience. Team Ninja is set to return with Nioh 2 next month and we had the privilege of dying lots in the game ahead of release.

When Nioh was first revealed, many saw it as “samurai Dark Souls” but shortly after FromSoftware revealed its own plan for a title in this vein – Sekiro: Shadows Die Twice. So did we even need Nioh? The answer for many seemed to be a resounding yes.

While Nioh wasn’t a blockbuster success, it certainly gained a following. The game established itself well beyond being a simple “Souls-like” with its more intricate combat, devilish baddies and heavier RPG elements. With Nioh 2, Team Ninja looks to be turning the dial up on the Nioh formula – bringing fans back for a refreshed experience while aiming to attract new ones with some welcome additions.

Nioh 2 does not see the return of protagonist William from the first outing. Instead, you’ll be greeted with a character creation screen at the opening of the game – but that doesn’t seem like it’ll prevent characterisation within the story.

The story takes place in 1500’s Japan and revolves around real-life Japanese warlord Toyotomi Hideyoshi. Nioh 2’s fictionalised telling of the period will reveal that the warlord was, in fact, two people – your chosen character and another main character named Toukichiro.

Another big reveal from the early marketing of Nioh 2 is that you will play as a character who is part Yokai. Yokai are the demon-like foes who you face in the first game but this time out you’ll be taking them on at their own game.

Your connection with the Yokai has afforded you the pleasure of having one more bar to manage in the top left of the screen. The bar will deplete when you use one of three customisable Yokai powers. You can acquire new powers by defeating Yokai throughout the game – gaining their special ability via a Soul Core.

Along with these three “smaller” Yokai abilities, you can turn into a deadly form by topping out your Yokai bar.

Rather than turning into a more elaborate demonic form, this special Yokai form feels like Nioh 2’s take on Super Saiyan – making your attacks stronger and giving you a short window of invulnerability. It looks (and feels) really really cool.

The sequel also builds on the original with a few elements being given an “it’s the same but a bit more” treatment. The skill tree in Nioh 2 is huge – I initially thought it was pretty big, then realised you can click on an element to expand it even further. The co-op in Nioh 2 has also been expanded, going from allowing only one friend to join you to two. During our playtime, the Yokai element really felt like the embodiment of everything that Team Ninja is going for with this sequel.

If you struggled to get into Nioh (or just didn’t pick it up), the Yokai moves offer a way to speed up your encounters with several enemies. Make no mistake, Nioh 2 is a hard game and Yokai moves, far from providing a cheat sheet, do add a burst of action and progress in moments when you’d managed to carve out an opportunity.

Along with the most powerful attacks, your Yokai powers allow you to counter usually unblockable attacks from Yokai enemies – perform these and you’ll reap significant rewards in the encounter.

As we made our way through the demo level, it rarely got boring. For such a small area, there was a wide variety of enemies and it will be impressive if this maintains throughout the whole experience. From the toggling of stances to dispatching of Yokai and procurement of Soul Cores, all roads lead to the boss of the demo – an initially unassuming samurai who turned out to be our living nightmare.

While the combat of a game like Sekiro: Shadows Die Twice rewards you for precision and quick thinking, Nioh 2 asks you to perform the video game equivalent of spinning plates.

Timing is important in Nioh 2 and further down the priority list than managing your stamina, health, Yokai and stances. Nioh 2 is far more Dark Souls than FromSoftware’s latest but even manages to surpass that in terms of things to think about while you are in combat.

Boss battles are the epitome of this tremendous balancing act. Rather than chipping away at a bosses’ health – if you manage to keep all your plates spinning and time your attacks well – you’ll see your foe weaken relatively quickly. However, one wobble can quickly spell doom for your hopes of victory.

Related: Half Life: Alyx – Everything we know about the VR exclusive prequel The boss we fought wielded powerful moves both with a blade and with Yokai-enhanced attacks. While dodges and rolls can be pivotal, many attacks remain blockable and you are really at your most vulnerable when risking a retort.

Ultimately, Nioh 2’s combat mechanics are centred around well-timed aggression – with this only heightened with the hyper-aggressive Yokai attacks that you now wield.

Much like its intricate combat, Nioh 2 involves a delicate balancing act – providing more of what its dedicated fans want while attracting newcomers. The crux of this is a twist to the formula.

Nioh purists may worry the new Yokai enhancements could water the combat down but not so, from our experience. Keeping current fans happy while building your audience can be an uphill task but, for Nioh 2, it just might work.

The post Hands on: Nioh 2 – A devilish update to this brutal Souls-like RPG appeared first on Trusted Reviews.