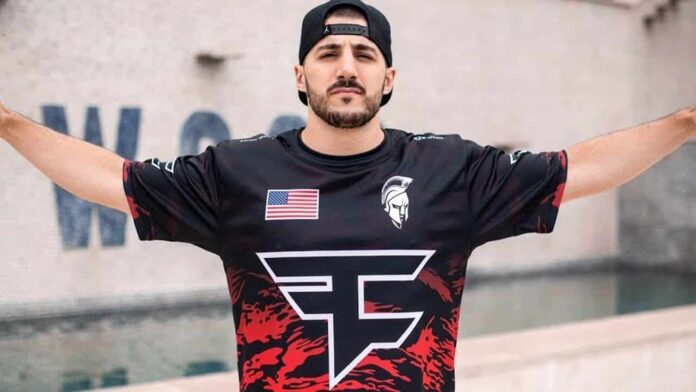 Nickmercs thrived on his return to competitive Fortnite.

In case you missed it, veteran Fortnite gamer and all-round gaming titan Nick "Nickmercs" Kolcheff returned to the competitive scene in the Fortnite Champion Series (FNCS) last weekend. The popular Twitch streamer, which regularly reaches tens of thousands of viewers, started playing Fortnite again in November 2020 . In Call of Duty: Warzone, he had achieved an unfathomable success up to this point. Nickmercs returned to Fortnite with a positive attitude and nothing but respect for the game and its top players.

Although his Fortnite streams were out for the next several months, Nickmercs continued to play off-stream and intended to participate in tournaments again. Fast forward to the first week of the FNCS where Nickmercs, Ali "SypherPK" Hassan and Sean "Coop" Cooper embarked on a harrowing quest to overcome some of Fortnite's best trios.

Nickmercs, SypherPK and Coop in Rounds 1 and 2

The expectations of this team were cautiously optimistic as Nickmercs and SypherPK do not regularly compete against Fortnite. G2 Esports controller player Coop, a former FNCS champion, would ultimately take on the role of the in-game leader (IGL) while his two teammates provided support. This team finished 70th in the first session with a Victory Royale and 59 eliminations for a total of 158 points. It was an admirable round of three players who had teamed up just days before the competition. The tough job, however, would be to keep Nickmercs, SypherPK, and Coop consistent as the competition gets more complicated.

You kept the momentum going in round two. The three players achieved a performance of 86 points, good enough for 580th place. It wasn't surprising at all, but it was certainly reassuring for Nickmercs, SypherPK, and Coop. They needed top 250 to get into the third round, so they didn't quite make the cut. Nonetheless, all three contributed to the overall effort. A couple of critical mistakes prevented the third round, but they didn't put them off.

93,000 spectators ole Fortnite? #MFAM up baby! We played super well, we're happy to be back and to be in a squad with this A1 energy. And I appreciate the love today too, you're crazy, have a great weekend, enjoy the fights, P & L.

Nickmercs, SypherPK and the former two-time Fortnite champion have seen positive results from their first competition as a unit. Perhaps the most important aspect was Nickmerc's ability to attract large audiences during his FNCS stream. A recent email from FaZe Clan, the organization that represents Nickmercs, reported an impressive viewership.

"The FaZe Nickmercs legend recently returned to Fortnite," the statement said. "He had over 93,000 viewers watching his Twitch stream! Nick worked in Warzone, but he never lost a step in Fortnite." In terms of viewership, it's difficult to argue the organization's statement.

The competitive Fortnite landscape had undoubtedly evolved since the days when Nickmercs and former adversary friend Aydan "Aydan" Conrad battled them in Tilted Towers. Fortnite is much more reliant on creating, editing, and controlling pieces now. Most people won't agree that having Nickmercs stream the FNCS back in front of 93,000 viewers is an absolute win. The consensus on the once iconic Battle Royale title has deteriorated over the years. Fortnite still has some juice left and that is especially due to its competitive events.

Read also: Clix, who was excluded from twitching one day after the suspected "Perma-Ban"

Nickmercs will be in the second round of Fortnite next weekend Compete in the Champion Series. It will be interesting to see how his audience numbers change after a successful first week.