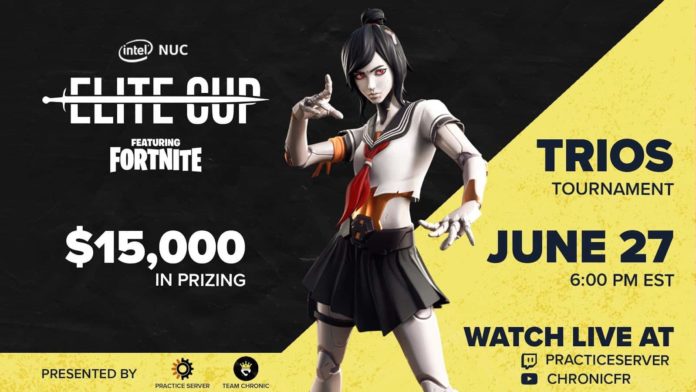 The Elite Cup points system was slightly different than most tournaments in the past. This time the placement points started in the top 15 remaining trios. There was also a “special rule” that eliminated the trio with the lowest score after the first two games. It is not surprising that one of the best NA East narrowly got away with victory after eight intense games.

TSM Khanada, BBG Kreo and Bucke scored 129 points in eight games and won the ultimate Victory Royale. In total, these three NA East phenomena have put together 51 eliminations. The winners took home $ 4.2,000 and three Intel NUC computers. Khanada, Kreo and Bucke established themselves as the best trio of NA East with their first remarkable tournament victory.

Bugha, UnknownxArmy and Zayt at the top 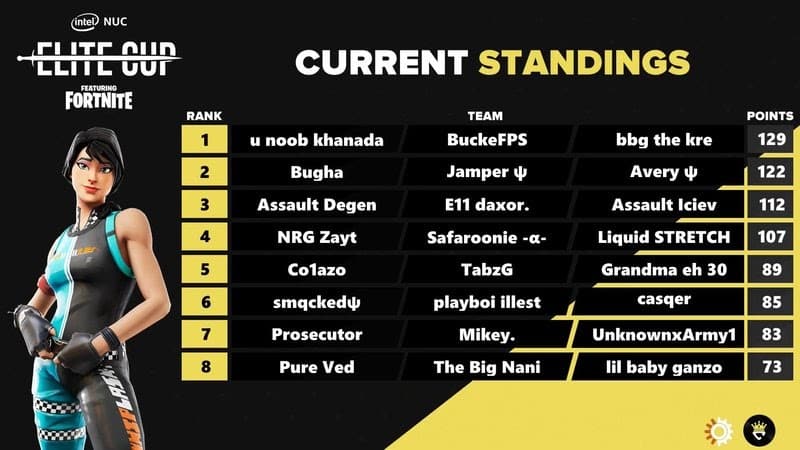 Fortnite world champion Bugha together with teammates Avery and Jamper took second place in the Elite Cup. Bugha and Company came close with 122 points, but could not secure victory. Bugha struggled to find a team at first, but the dynamic between him, Avery and Jamper, seems to be working.

Assault Degen and Iciev teamed up with E11 Daxor in third place. Chapter 2 – Season 2 Together with Liquid STRETCH, the FNCS champions Zayt and Saf took fourth place in the tournament. UnknownxArmy finished seventh with Prosecutor and Mikey.

Here is the complete structure of the Elite Cup prize pool: 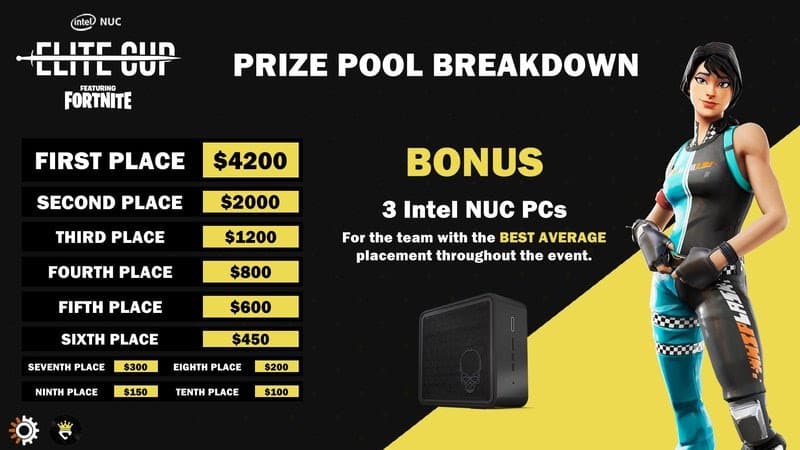 Tfue, innocent and scoped made the executive's decision to fight Zayt, Saf and STRETCH in Catty Corner. The former of these two trios only managed nine points and could not continue after two games due to the applicable "special rule". Zayt threw shadows to Tfue and Company after the tournament.

I can't wait to wait for cash cups and other tournaments !!!!!!! pic.twitter.com/x2YmCZ50Et

As rivalries develop, Chapter 2 – Season 3 has become one of the more competitive seasons for some time. Let's hope the players stay motivated and Epic sticks to their concerns. The best trios will develop over time.

Congratulations to Khanada, Kreo and Bucke on a highly competitive Elite Cup win!

BLAST dives into Dota 2 with the Bounty Hunt tournament