Splitgate is the latest first-person shooter gaming franchise set to break into the esports market. As recently announced by their development team, a new and exciting tournament format is being introduced.

Has not only split gate received positive feedback when it was first released, the game still attracts enough audience for large established teams to stay in the community. The team has announced eight organizations for the Summer 2022 Pro Series, some of which you will definitely recognize. The following teams will participate: Bork, eUnited, Fire Rate Diff, Luminosity Gaming, Moist eSports, Spacestation, T1 and Xset.

The event is scheduled to start with the newly implemented format. These include a regular season league on June 4th, a challenger season on June 10th, and a finals weekend on July 15th. The format offers new and up-and-coming teams the opportunity to enter the league via the relegation playoffs, creating a more competitive environment to stay on top. Eventually, it was suggested that there would be four seasons with this format to maintain consistency for the community. One of our newest partners BC.Game is already looking at how they can support the new tournament in terms of betting and live feeds.

In terms of the prize pool itself, it’s not too shabby, but definitely not compared to the high-end esports events as it’s still in its infancy. Popular peripheral manufacturer “Astro” and Amazon’s Twitch “Prime Gaming” will be the official sponsors and ambassadors of the project, providing a total of $500,000 plus in prizes divided into $100,000 per season, with the largest prize pool being first place in the finals receives $30,000.

Last but not least, ahead of the new upcoming season, 1047 Games and Prime Gaming will provide new exclusive in-game items for Prime members following the event. This continues throughout the year so keep an eye on them.

Overall, new franchises that offer exciting tournaments are always well received, in this ever evolving market we hope Splitgate can establish itself at the forefront of the community. This is a brand new tournament and with sponsors already strong, notably Prime Games, we expect it to be very popular. We will be opening a splitgate betting area well in advance of the tournament so keep an eye out here. 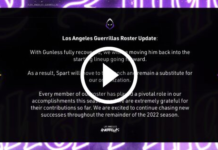 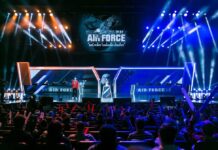 When Streamers Trash Talk Each Other (Fortnite)