Esportsplus
Home Tournament Blakeley Dominates The Field at Zandvoort to Win Round 6!

Lucas Blakeley produced an incredible third win of the season at Zandvoort on Friday evening, confidently reaffirming his position as championship leader.

The Scottish driver, who notched his third win of 2022 and fifth overall, started on the front row alongside polesitter Thomas Ronhaar, and quickly dispatched of the home race hero on the run down to Turn 1.

From wet tyres to intermediates to slicks, there was plenty of compound-based brinkmanship to navigate, but he never looked out of contention for the lead, crossing the line over six and a half seconds of team mate Bari Boroumand.

Boroumand, who himself won Thursday night’s race around Spa, was followed home by Frederik Rasmussen, the Dane showing his trademark steely consistency to score a podium for the fifth race in a row.

It was a race that promised much for Haas, with Ronhaar on pole for the second time this season. A wayward Nicolas Longuet speared into him at Turn 1 however, and sent both into a half-spin, and tumbling down the order. Ronhaar’s team mate Piotr Stachulec ran strongly in the race, challenging the points-paying positions until a late spin while duelling with Dani Moreno cost him his front wing.

Torrential rain at the start created two equal tribes of drivers, with 10 on the full wets and 10 on the inters. It quickly became apparent that the wets were the tyres to be on however, and those on the green stuff had to lie in their bed and wait for the crossover period, where the conditions were right for inters.

That lap was judged to be the end of Lap 7. Leaders Blakeley and Opmeer came in, with Boroumand forced to take another tour of the track.

Another 11 laps, and it was dry enough for slicks, with the leaders following suit on Lap 19. Everyone opted for the mediums, except for P2 man Opmeer, who preferred the hard compound on account of high tyre pressures. It proved to be ill-fated though, and Boroumand relieved him of second on Lap 23. Two laps later, and Rasmussen was through for P3, but that was the extent of Opmeer’s descent.

A huge train of cars appeared behind the reigning champion on the final lap, but they ran out of time to catch him. Blakeley crossed the line 6.7s ahead of Boroumand, followed by Rasmussen, Opmeer, and Longuet in P5. Brendon Leigh took home sixth, with Moreno seventh, Sebastian Job in eighth, polesitter Ronhaar grabbed P9, and from the back of the grid, Tomasz Poradzisz took his first point – and Aramco Driver of the Day – in tenth.

Lucas Blakeley still stands atop the standings, his 110 points tally a nose ahead of Rasmussen with 95. Boroumand gets a boost up to third with 70, followed by Ronhaar (67) and Opmeer (60). McLaren Shadow are well out in front in the team standings, with 180 points to Red Bull’s 116. Mercedes (86), Haas (75) and AlphaTauri) look set to duel for third, as the leading two teams hit triple-figures.

Join us next time out as we go racing in Monza on Wednesday November 2!

The post Blakeley Dominates The Field at Zandvoort to Win Round 6! appeared first on F1Esports News. 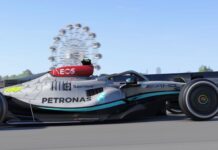 Opmeer Does The Double With Incredible Last-Lap Win 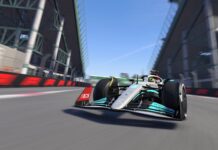 The Story of Faker: The Greatest of All Time