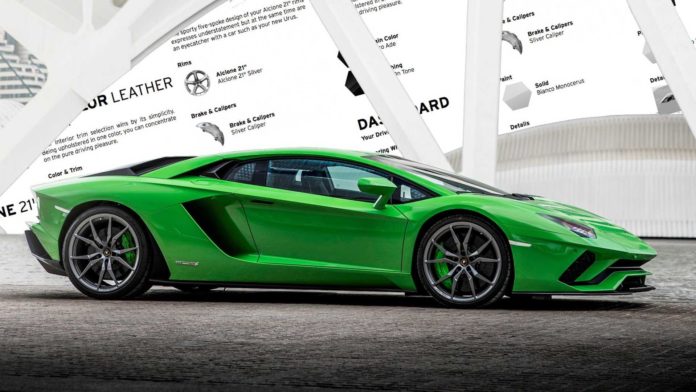 It's a serious exciting time for games. There is a transition between motorsport and esport that takes the game world to a whole new level. The current lock may have helped, but it is likely that the migration between the real and the virtual would always take place. Let us examine why the motorsport manufacturers are lining up to bring a virtual model of their car to the esport arena. We'll look at the choices of three big names: Lamborghini, Mazda and Honda.

Why would an automaker in the heights of Lamborghini selling cars between $ 200,000 and $ 5 million want a car in one game ? The company's answer is simply "demography". Placing a logo and vehicle shape in a game is an inexpensive way to extend your brand name to a whole new age group. It brings the brand closer to fans who could buy the car in the future.

Lamborghini has continued its value for exclusivity. It just gave out its logo and scans to a game provider. By restricting who gets the scans, the car company can keep control over the quality of the Sin Racing product. It also means that only one Lamborghini will drive in series, so the manufacturer is always guaranteed a win.

Whether the strategy to limit cars in the SIM works is another question. Most players choose a sporting experience where they can choose a different model car each time. There are also important arguments for which cars would be the fastest on the track. Therefore, this exclusivity can be a question of politics and a way to avoid getting involved with people like Porsche.

Mazda may be a little more main street than Wall Street, but it still sees value in getting into the city's Esport Arena. Mazda Motor Corp designed a virtual racing car for the Playstation 4 game "Gran Turismo Sport". As with Lamborghini, Mazda may have made an extraordinary marketing coup. By giving players the ability to drive the car in the game, they are giving them an insight into how the car is driving in the real world.

Imagine the power of creating brand loyalty in a game. The Mazda RX-Vision GT3 Concept vehicle offers millions of players the opportunity to drive the car in the simulation game. The virtual car developed by Polyphony Digital is automatically included in the FIA-certified Gran Turismo championship. The races will be broadcast live on the Mazda Facebook page and on ApexTV and iRacing on YouTube.

Mazda has placed itself at the center of the next generation of car buyers, making it pretty cool.

The top esport gamer team, Team Liquid, recently showed up at a tournament with a New Jersey. The shirt was dominated by a striking logo – it was Honda. In the opposing team Cloud9, the BMW logo was clearly visible on the right sleeve. Oddly enough, this was a tournament for the League of Legends. There was no Honda or BMW in sight as it is a game based on a fantasy game full of castles and dragons.

Honda doubled its decision to support teams in the League of Legends competition by becoming the only automobile sponsor. Honda supported the right team and Team Liquid was the North American champion.

Honda did not stop there. The Honda Fit is part of the Street Fighter: Assassins Fist game, the Civic in the driving game Forza, the music game Guitar Hero Live and the video game of the NHL World Championship.

What does this prove? This shows that Honda sees eSport as a legitimate way to populate future car buyers. By collaborating with top games and teams, Honda hopes to lead players to their first car purchase and promote brand loyalty from there.

What do we learn from this?

The pattern is clear for all automakers. ESports and its large audience in the youth class make it very attractive for marketers. People buy the culture of the game and want to emulate the lifestyle suggested in the games in real life. What could be nicer than buying the car you drive in the game? Honda went one step further and supported one of the top teams in the sport. This is less new because it reflects the sponsorship of a real sports team, whether it's motorsport, soccer teams, or more.

What feels smarter than a sponsorship deal is borrowing a car and a logo for a driving game. This cheap marketing tool enables future car buyers to take a concept car for a test drive and fall in love.

This article was sourced from Esports News, betting tips and reviews on the EsportsJunkie.com website. The original article can be found at Automobile manufacturers in games