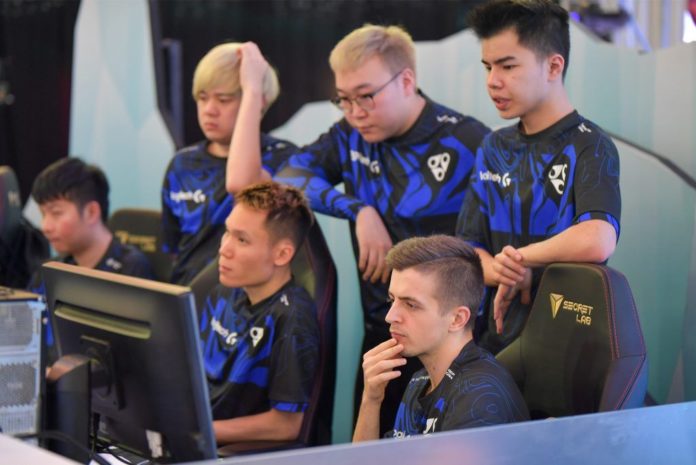 Reality Rift celebrated a 2-1 win over Geek Fam in a fierce battle for playoff seeding on day 11 of the group stage of the BTS Pro series: Southeast Asia.

With a 1-1 draw in the series. Reality Rift fought in the Laning phase with their heroes in the middle lane and on the safe lane, which fell behind on the wealthy map.

But when the two teams met, Reality Rift, with its superior initiation skills, was able to take control of the game. In a major collision in the 13th minute, Ravdan "Hustla" Narmandakh caught on clockwork Carlo "Kuku" Palad's dragon knight with his power cogs in the middle lane and used the team's glyph ability to prevent the middle tier tower from being one

Reality Rift continued to maneuver Geek Fam on the map, with Hustla continuing to capture the core heroes of the enemy team controlled to help Reality Rift expand their leadership.

Afterwards Reality Rift built up a lead of 19,000 gold and relentlessly besieged the base of Geek Fam until they had to surrender.

Reality Rift ended their group stage with a 4: 3 record and third place in their group. for the moment.

In the meantime, Geek Fam falls on a 2-4 record, which puts them in seventh place where they are connected to T1. Geek Fam will have to win their last group stage game against BOOM Esports on April 22 if they want to make it to the playoffs.